The history of Prosciutto di Parma

Their history dates back to ancient Roman times when Cato the “Censor” first mentioned the extraordinary flavor of the air-cured ham made around the town of Parma in Italy; the legs were left to dry, greased with a little oil and could age without spoiling, leading to a tasty meat with a pleasant flavor. The famous Italian ham even makes a cameo in the world’s first mock heroic poem by Alessandro Tassoni, La secchia rapita, published in 1622.

In 1996, largely due to the efforts of the Consorzio, Prosciutto di Parma became one of the first products to be awarded the Protected Designation of Origin (PDO) status. PDO is a European Community certification system designed to protect names and traditions of high-quality European foods, made according to traditional methods in a defined geographic region. 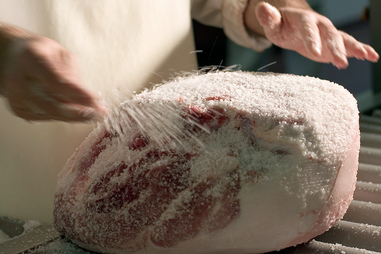 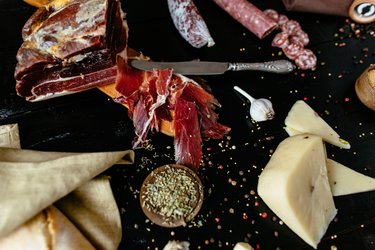 The quality of prosciutto is based entirely on the curing process. The history of prosciutto production originated in Italy thousands of years ago and sets Prosciutto di Parma apart from other prosciuttos. Made under strict quality controls only in Parma, Italy, the ham is produced using specially bred pigs, sea salt, air and time.

Prosciutto di Parma renders a remarkable reputation and nuance of flavor, which is why the product is so highly regarded. It is 100% natural and contains no additives, preservatives or hormones.

We process orders within 24 hours